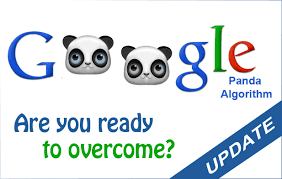 One of Google’s most used software, Google Penguin, has recently turned two. With its birthday, it also celebrates an updated version with the new features and advantages. The main highlight of this updated version, which is known as Google Penguin 4.0, is its real time algorithm. Not many can catch its benefits in the first go and thus this article helps in elaborating what the updated version of this software would provide to its clients and how buying SEO articles from websites such as www.contentinc.biz is a sure shot way to win it over.

The Penguin update has been designed to block those websites and links which spam Google websites. The specialty of this software is that its work begins where the work of normal spam detecting software end. Penguin is used to detect and block those sites, which even normal spam blocking sites fail to do. After this recent update, the Penguin software would block spamming websites as and when Google updates its database and indexes. This filtering of good and spamming sites would take place live as and when the main Google software updates itself. Thus, one would not have to wait for a long time for Google to finish its work and then Penguin to start over. Both can run simultaneously.

Another feature which has been added on to this new version of Penguin is that is has become more page specific. Earlier, this software used was site specific and used to block a site depending on its rank in terms of spamming. But now, it would not block the entire website; rather a part which would experience most of the spamming. This would depend on the frequency of spamming.

Interestingly, with Penguin 4.0 turning into a real time spam detector, Google has vowed for not disclosing further website updates by Penguin in the future.
This is because going in tandem with the procedure of real time tracking, the software would be updating sites regularly. It would then be impossible for Google to notify the clients of any updates so frequently. This makes buying SEO articles that are well written and unique all the more important. We at Content Inc can give you a helping hand here.

It would be indeed useful to know that this version would take some time before it becomes fully active and functional in the market. There are major shifts in the working and the structure of the software that have been incorporated through the recent version. To fully test its functionality and accuracy and then run it live on the websites on Google would take some time. The delay is only caused so that the software passes through all the tests and produces zero error results.

The most important concern that the clients have with the revamping of this software is the effect it would have on the content and traffic generation for a website. To answer this question, an interview was conducted with Google representatives who have to say that this update would actually generate high-quality content on the internet. In fact, it would also closely look into the conditions of spamming and penalizing a website before taking any actions on it. The previous version penalized a website; a penalty which would only be withdrawn when the next filter by the software occurred. However, this caused many of the websites to just disappear causing great loss. Thus, new penalty measures would also be taken.

Hence, these are some of the added features that you would get to see in the updated version of Google Penguin 4.0. These updates and changes have only been brought for the benefit of the clients and their websites so that the internet is ruled by high quality, spam free content. All this calls for an article writing service who can give you great content at affordable prices. You can check websites such as http://contentinc.biz/ and get well-researched and unique content at affordable prices. Finally, higher rankings on Google will not be a distant dream!!!