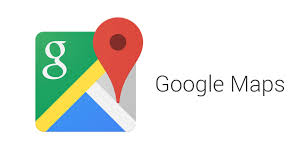 The Google Maps, which is the most widely used free-of-cost navigational tool, is trending in the hearts of the millions of people. What started as a map to guide people regarding their landmarks and destinations is slowly shifting towards a global advertisement base today. How many times have you typed in Google Maps for ‘Local Shopping in Suffolk’ or ‘Japanese Restaurants near you’ or even ‘Orthopaedic surgeons near you’? Such searches are providing a boost to local markets and businesses and turning to Google Maps as an advertising platform for these retail businesses.

According to Baird Equity Research, by 2020, Google Maps would be responsible for almost 80 % of the revenue alone. Interestingly, even though Google does not reveal the amount of money it makes from the sub divisions, statistics have shown that there has been an 18 % rise in the revenue from Google Maps advertisements alone. Such advertisements are a boost to the markets because even though it is the era of technology and e-commerce, around 80% of the shopping still takes place physically instead of the online route.

According to the Vistaprint Digital Survey, 69% of the small to medium businesses look into Google Maps as an opportunity to advertise their cause. Gone are the days when people used to manually search for markets in the yellow pages. Google Maps have become the latest yellow pages in this digital era. Just as Search Engine Optimization helps you to reach out to content within no time, similarly, advertising with the Google Maps helps the dealers reach millions of customers in no time. In fact, today it is assumed that if the business is not registered on Google Maps, then it is equivalent to being non-existent in this world.

The Concept of Local Search Ads:

Keeping in mind the requirement of the people and the interest of these small to medium business retailers, Google Maps have brought in certain changes that would benefit all. It is introducing the concept of Local Ads. These local ads would help in citing the correct information about these businesses and target the traffic towards them. This is seemingly the latest major breakthrough in the world of digital advertisement. Two major changes that would take place are making the small markets more visible to the people with new features and platforms, and giving the local inventory a boost by adding on small vendors and shops which need more traffic to promote themselves. These apart, the business page is also in for a revamp and a new look would adorn it with photographs and general information like store address, timings, holidays, reviews and the likes.

Another question that comes to the mind very frequently is how to distinguish between Gmail, Google Map locations and Google Map Ads? The difference lies in the colour code of the software. While Gmail searches use yellow colour and Google Searches use a green colour code, Google Map Ads would have a purple colour pointer. Initially, it might be confusing but slowly you would get used to the colour sets and it would be easier to recognise for what purpose they are being used.

Thus, the recent trend in Google Maps local ads has provided a huge boost to local shops and traders making their work recognised on a global platform and directing a huge traffic towards their businesses.